A Guide to IP Telephony

VoIP is now used worldwide across consumer and business markets, including both small and large organizations. 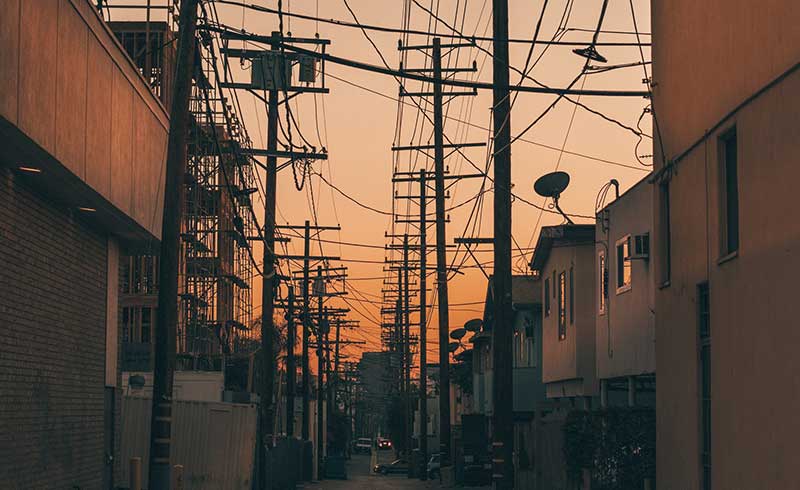 Telephony is the process of converting voice into portable signals, transmitting them over a distance, and then re-converting them to an audible sound at the far end.

Traditional landline telephone systems had been used for more than 120 years when the VoIP technology emerged.

Since its commercialization in 2004, organizations have taken the leap and adopted VoIP, pushing long-lasting telecommunications leaders to rethink their business model.

VoIP is now used worldwide across consumer and business markets, including both small and large organizations.

The VoIP services market is expected to grow to $140 billion USD by the year 2021.

Analog Telephony:
At the root of landline phone systems

Analog voice communication has been in use since the telephone system was first invented in the 19th century. It’s referred to as traditional’,
‘landline’ or ‘regular’ telephony. This system has been rolled out in homes and businesses worldwide.

To better understand how landline telephony works, here are a few definitions:

Telephones are the handsets used to make and receive calls. They’re made of:

Telephones are the only devices that can be used for calls in analog telephony.

In the beginning, an analog phone system counted pulses to know which number was being dialed so the call could be directed over the wire to its destination. Each time a telephone was dialed, it sent 1 pulse to indicate number 1, 2 pulses for 2, and so on up to 9 pulses for 9. For zero, it sent 10 pulses.

Later advances introduced touch tones as the way to communicate. The telephone system listens for a series of tones to determine how to route the call. Thanks to this, features like Caller ID, Call Waiting, and Speed Calling have been added to the analog phone system.

The analog system requires only a single pair of wires and is referred to as Plain Old Telephone Service or POTS.

At the beginning, copper wires were used to connect the telephones. Optical fiber and high bandwidth cables were later introduced. This wiring is at the origin of the term ‘landline’ used to describe analog telephone systems.

In analog telephony, voice and signaling both use the same connection. For this reason, an ongoing communication can be interrupted by clicks when a person is dialing the phone while speaking.

The PSTN is the wired system through which calls are made and received. The PSTN is comprised of a complex web of physical interconnection nodes and transmissions links. To connect one phone to another, a phone call will be routed through several switches which operate on local, regional, national or international systems.

A connection established between two phones is referred to as a ‘circuit’ or ‘line’ or ‘telephone line’. Analog telephone communication is therefore based on successful circuit switching.

A PBX is a private wired system used to make and receive calls within a company. It allows employees to call each other by dialing an extension number. The call is directed by the PBX to the right extension. When a user wants to call a number outside the company, he dials a specific digit prior to entering the destination phone number. The PBX then routes the call to the PSTN network.

Since the beginning, the analog system was designed for ‘toll quality’ which guaranteed to use up to 3.4KHz of frequency to transport the voice signal over the wire. This is sufficient for the human voice, which extends from 80Hz to 14kHz, so this system is still in use. Nowadays, ‘wideband’ (also known as High Definition voice) extends the frequency range of audio signals up to 7kHz or higher.

A call starts with a dial tone and ends when the phone is hung up.

Costs of analog telephone calls are calculated based on the length of the wire “rented” for the communication connection. The longer the distance between the people in the conversation, the longer the pieces of wire rented, so the higher the costs.

VoIP stands for Voice over Internet Protocol. It refers to the transmission of voice communications over the Internet.

VoIP differs from the traditional public switched telephone service (PSTN) that relies on circuit-committed protocols for voice communications. Instead of an analog signal, VoIP uses a digital signal that is transmitted over the Internet in data packets. It allows non-phone devices like tablets and computers to be used as phones in making voice calls.

VoIP requires a broadband Internet connection, such as DSL or cable, T1 or wireless. A VoIP call needs at least 100kbps of bandwidth upstream and downstream.

Codec stands for ‘coder-decoder’. A codec converts audio or video signals into compressed digital for transmission, and then back into an uncompressed signal for replay. VoIP devices digitize your voice using a codec.

First generation VoIP solutions were built after the traditional phone systems. They offer services that are fully compatible with PSTN concepts.

Second generation VoIP solutions provide communication services over a closed network. Users have to be registered to access the service and the traffic is free. Skype is a good example of such a product.

Third generation VoIP allows various combinations of third-party hardware and software. It’s also referred to as a ‘federated VoIP’ system because it relies on dynamic connectivity between internet domains. An example of such a product is Google Talk.

In 2013, it was reported that telecom companies were losing 700K landline customers a month to VoIP.

There are differences in the capabilities of on-premises and hosted VoIP.

VoIP brought flexibility in voice communications. Compared to regular telephony where only telephones can be used to make and receive a call, there are 3 different ways to make a VoIP call:

Using an Analog Telephone Adapter on a Regular Phone

Traditional phones use RJ11 connectors, while VoIP requires the use of your local area network (LAN) through RJ45 connectors.

An Analog Telephone Adapter (ATA) is a small device that you plug into your RJ11 phone. It will connect the phone to your computer or LAN. It will also convert your voice from analog signal to digital for the VoIP communication.

An IP Phone looks like a traditional phone with a handset, a cradle and buttons. But instead of having the traditional RJ11 connectors, an IP phone comes with an RJ45 connector, so you can plug it directly into your LAN.

Wi-Fi phones are a variant of IP phones that allow you to make and receive VoIP calls through a Wi-Fi hotspot. Of course, all IP phones use digital signals.

Hosted VoIP makes it possible to make calls from a mobile application. There are apps available for both the Android and the iOS market places.

Over 90% of VoIP users are satisfied with audio quality.

Never miss a call again! Click for details
← Prev (How to secure (and how NOT to) your WordPress website.) Next (Hosted VoIP vs. On-Premises VoIP) → 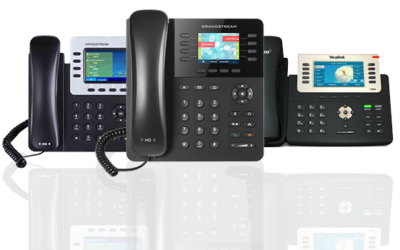 A hosted telephony solution allows employees to use their office number when out on business, but what about onsite? COMMbits Inc. offers an IP phone for all your workers’ needs. This solution brief will help you choose the device that’s best for you.

END_OF_DOCUMENT_TOKEN_TO_BE_REPLACED 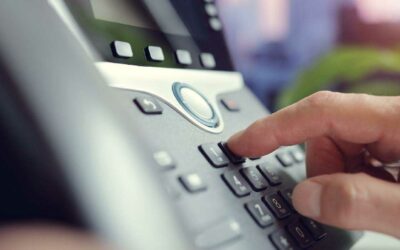 Every dollar and every minute counts when you’re running a small business. Download this brief, 1-page white paper to discover how COMMbits Inc. can help you lower costs and increase productivity with a hosted telephony system.

END_OF_DOCUMENT_TOKEN_TO_BE_REPLACED 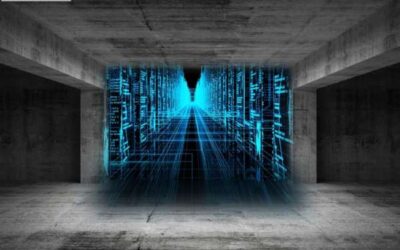 Why is IP telephony set to take off in the modern workplace? Read this blog for insight & contact COMMbits Inc. to explore your options and how we can make the transition easy with a cloud PBX solution.

END_OF_DOCUMENT_TOKEN_TO_BE_REPLACED

A Guide to IP Telephony